Painter,  lives and works in Munich

Born in 1953 in London to a Nigerian father and a German mother, Ransom Stanley grew up in Basel, Switzerland. Stanley studied at the Merz Akademie Stuttgart. In 1979 he obtained a guest studio scholarship at GEDOK Stuttgart. Since 1986, Stanley has lived and worked in Munich in Germany. In 1989 he started working as a freelance artist and a lecturer at the Art Academy in Bad Reichenhall.

Stanley engages with images from the bourgeois culture of the nineteenth century, Western images of Africa, and colonial clichés of exoticism to raise questions about race and identity. He utilises the media in its various forms as an archive, from which he selects and combines imagery. His paintings are often populated with photo-realistic portraits in dialogue with animals, literature, or a picture within a picture.

Glimpses of worn old fences, crumbling walls, and cracked wooden boards create the layering of urban graffiti. Stanley’s scrawled writing and half-torn posters are far from anonymous and spontaneous. The corrosion and decaying of materials – bleached and peeling paint, rotten wood and rusty nails – is executed artificially with masterful skill. In contemporary German art, comparisons could be drawn to Anselm Kiefer and Neo Rauch in their experimentations with textures, alchemy, and memory.
Ransome Stanley places particular importance on symbols, absent references, and ancient mythology. He renews our history and our daily lives by referencing jazz, movies, drawings, advertising and typography, newspaper articles, icons, photographs; rearranging, and articulating them in his own way.
He belongs to a new artistic movement, which since the mid-1990s, articulates a “new African art speech”. The “blackness” is transformed into “afro-politanism” and thus turns away from the outdated authenticity of an African “essence”. 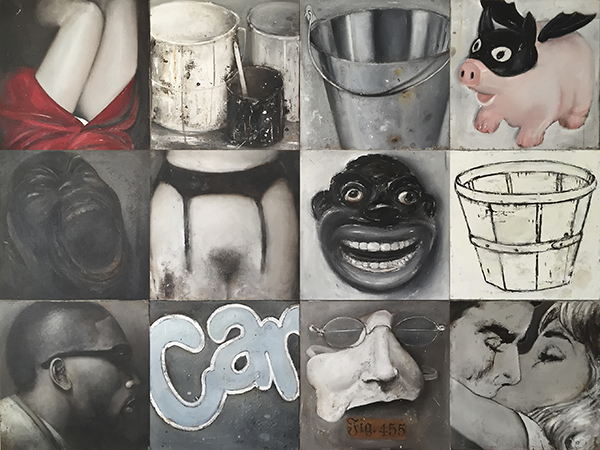 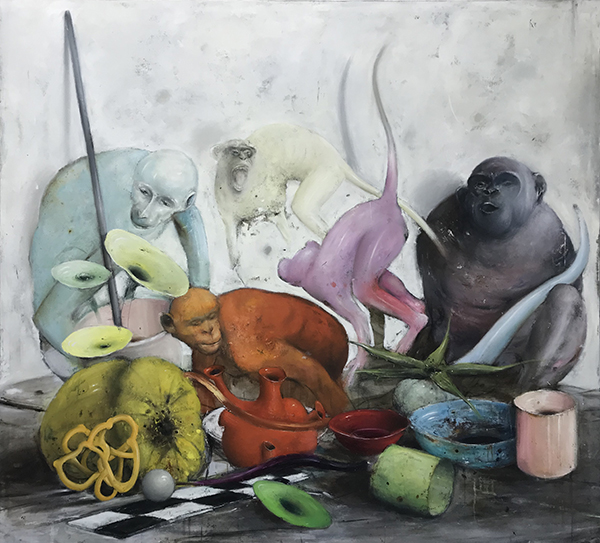 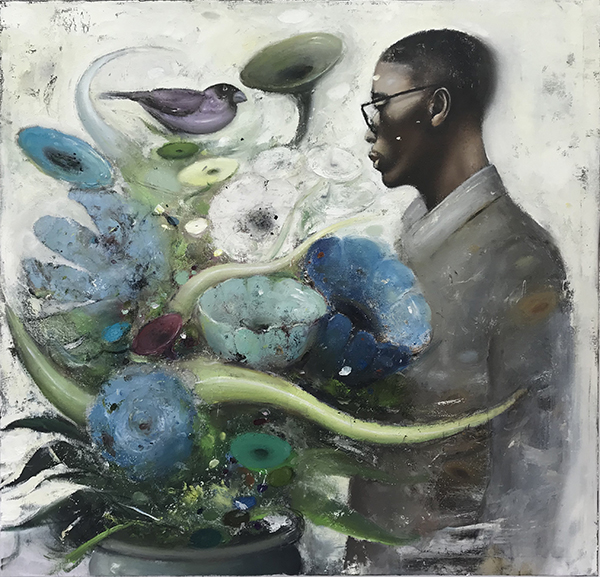 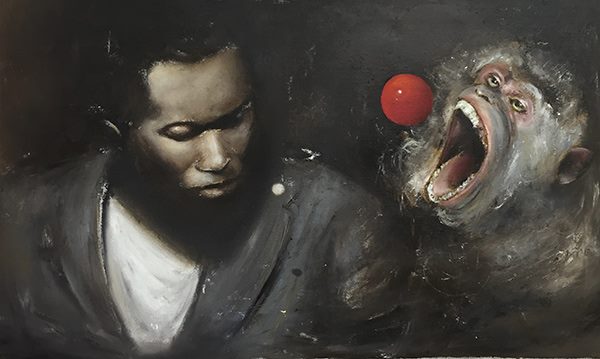 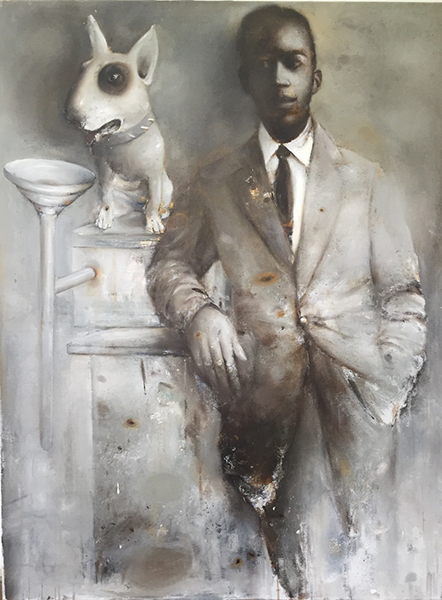 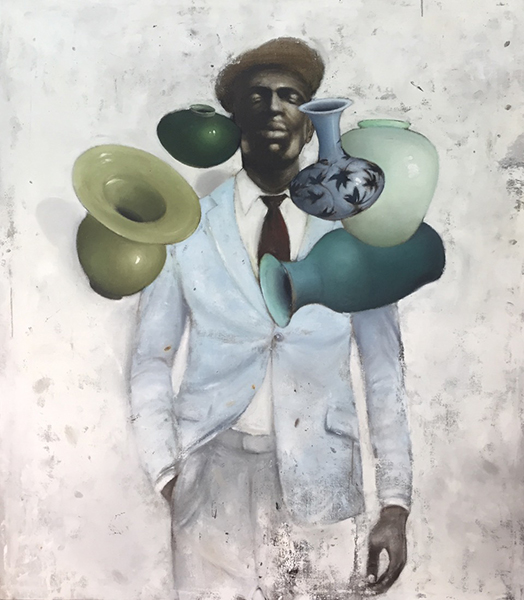 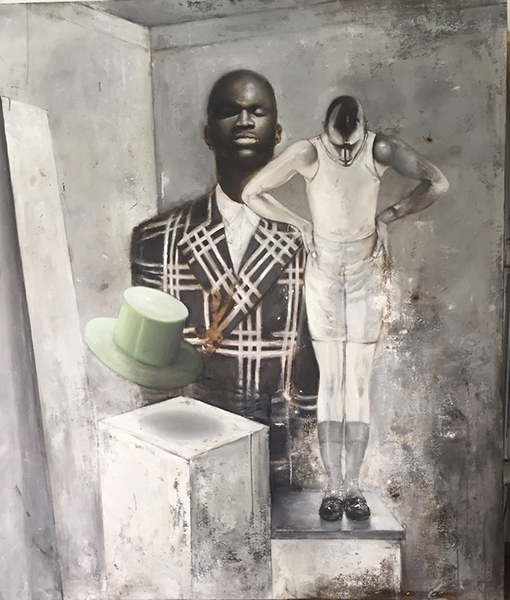 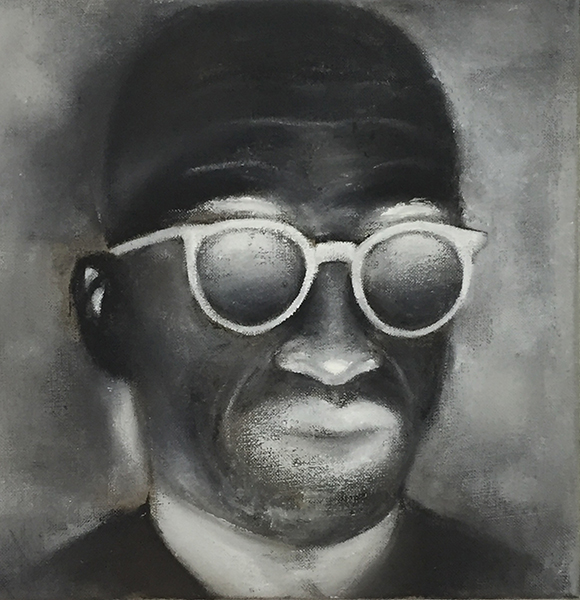 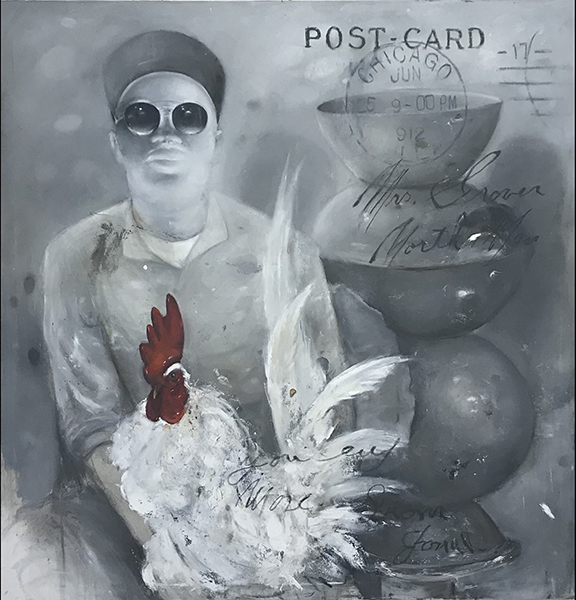