Keiko Gonzalez was born in Texas and raised in the US and Bolivia. Keiko Gonzalez studied art in Texas and received an advanced degree and the Ralph Bunche Fellowship from Rutgers University Mason Gross School of Art and travelled and studied in Europe.

His intuitive practice has been honed for over 25 years on three continents. Although Keiko’s primary medium is paint he is also a keen sculptor and illustrator, producing multi-media installations. He frequently collaborates with other artists and has taught out of his studio for over 20 years. Keiko shows in Bolivia in La Paz, Santa Cruz, Cochabamba and Sucre and in capital cities all over South America.

Keiko has represented Bolivia in biennials in La Paz, Venice, Sao Paulo and Cairo, been awarded several First Place and Grand Prize awards and he shows in Germany, Hungary, the Netherlands, Spain and extensively in North America including Panama City, Mexico City, Miami, Houston, Atlanta, New York and Memphis. Keiko’s work is exhibited regularly at Art Fairs and is featured in several major museum collections in North and South America. 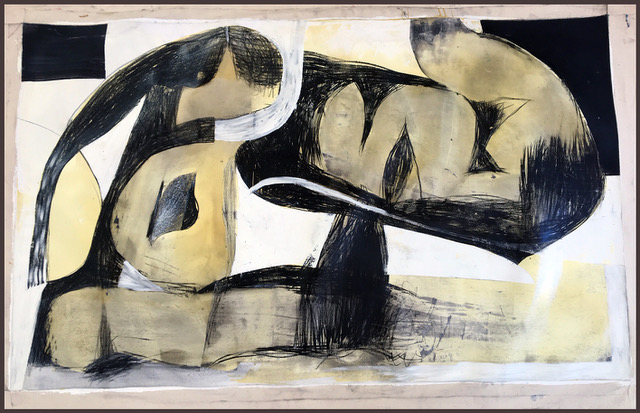