Sandra Zeenni works and lives in Paris.
She spent her childhood in Lebanon, a country with which she still maintains close ties.
Having been awarded several prizes and distinctions, her work is shown in New York at the Liz O’Brien Gallery, and at the Galerie Capazza, in Nancay (Fr). Her work can also be found in Paris, at the Galerie May and the 1831 Gallery, and also in some public collections in France and Japan. Her last public exhibitions were at the Hotel Gouin, in Tours (Fr), as part of the 500th Leonardo da Vinci anniversary, at the Musée de Sarreguemines in 2015, at the Musée National Adrien Dubouché in Limoges, and at the Villa Empain, Boghossian Foundation in Brussels in 2014. In 2015, her sculptures were displayed in the Collect International Art Fair at the Saatchi Gallery in London, represented by the Gallery Collection, Paris. A personal exhibition was presented in 2016 by the Galerie Capazza. In 2017 and 2018, Liz O’Brien Gallery shows her sculptures at the Park Avenue Armory show.

Breath
Organic, abstract, human…. Sandra Zeenni’s collection entitled « Lage », encourages the viewer to consider works from a « one on one » standpoint. Emerging from these suggestive fragments are skulls, heads, backs, back bones, which are more or less distinguishable; diverted or interrupted, hips, bottoms, busts, and soft surfaces that are sensual and feminine.
Here, the orifices and cavities which are present in her sculptures are like mouths crying out, challenging the fleeting impression of fullness. « Without these gaps, these openings, there would be no breath; the form suffocates and myself with it ». Sandra Zeenni speaks here of turmoil.
Whether upright or horizontal, in relaxed poses or doubled up, these bodies seem to be on the verge of uncontrollable movement, possessed by inner silent, almost threatening forces. The inherent strength of Sandra Zeenni’s work stems from, and is enhanced by, the ambiguity denoted by the feeling of discomfort and confusion that emanate from masculine, androgynous and feminine angles intermingling as part of the same piece. A body that compels.

Her hybrid works seem to encapsulate layers of memory, as if an accident has altered the matter, dissuading the onlooker from a mere cursory assessment. Words and labels fail to epitomize these mutant creatures, as they appear to be more the product of a fictional world. The sculptures thus invite another, more tactile approach in the wake of the “body on body” representation, implemented in the creative process.

Among the white pieces there are some which have a more ethereal air to them; they are elevated to another status. They are less rugged and fill us with a feeling of well-being and reassurance with their soft voluptuousness. Others, such as the works entitled « Figure » and « Dada » have been stripped of their veneer. They are raw and earthy in feel and yet the whiteness shines through.

The black pieces, on the other hand, are filled with tense energy set off by space and light; the exuberant enamelled paintbrush applications play with light and lend the sculptures a painterly feel. The black pieces become greyish brown, green, purple or mauve and alternate between appearing shiny or matte, depending on the angle from which they are viewed from and on the intensity of the exhibition light.

These sculptures challenge our beliefs in a reality that is straightforward, stable, or one based on external appearance. 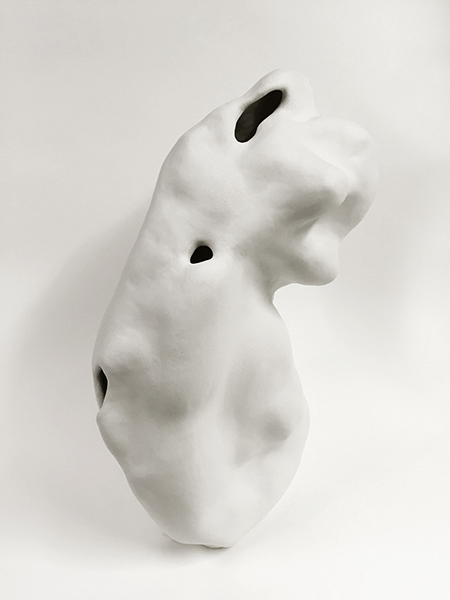 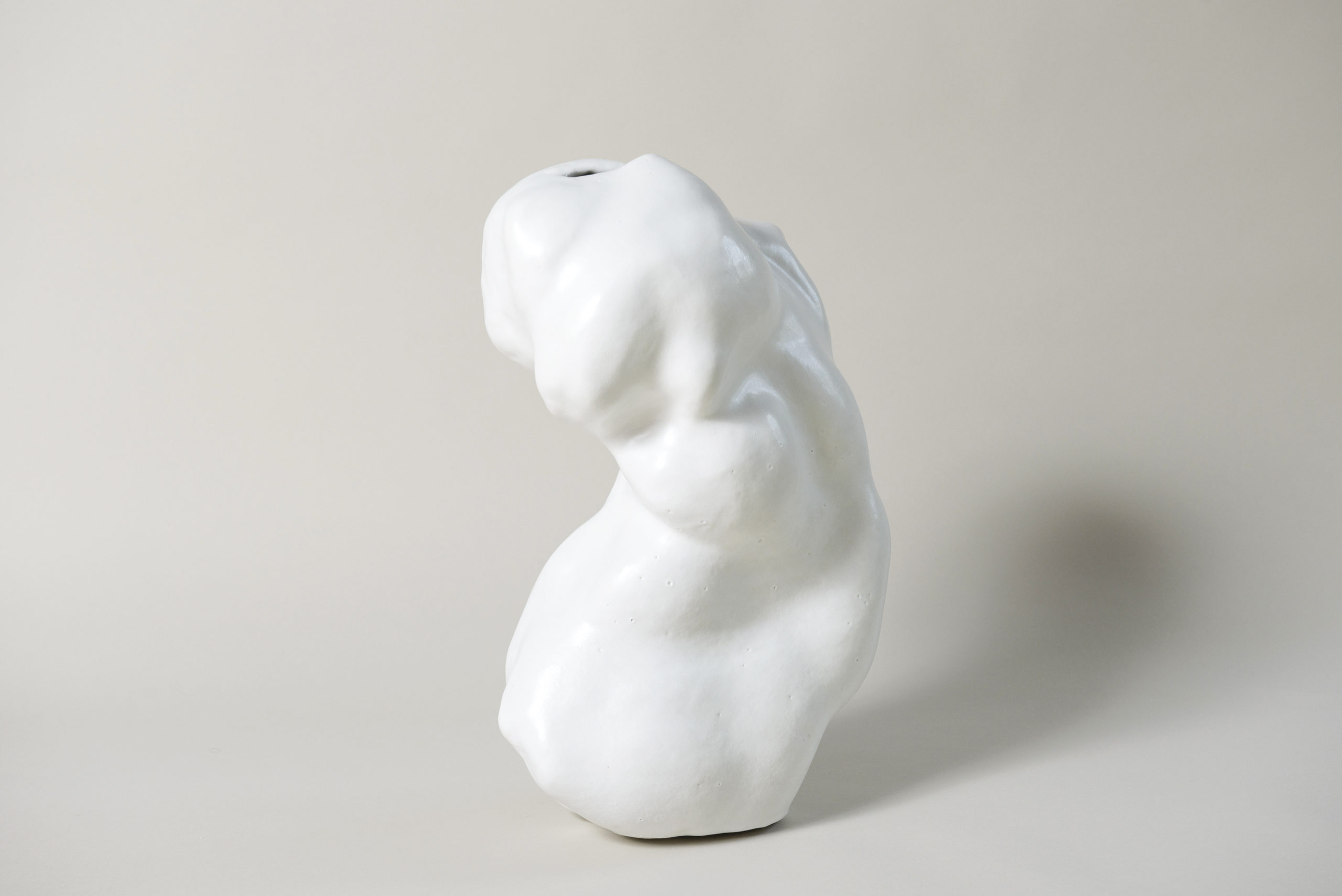 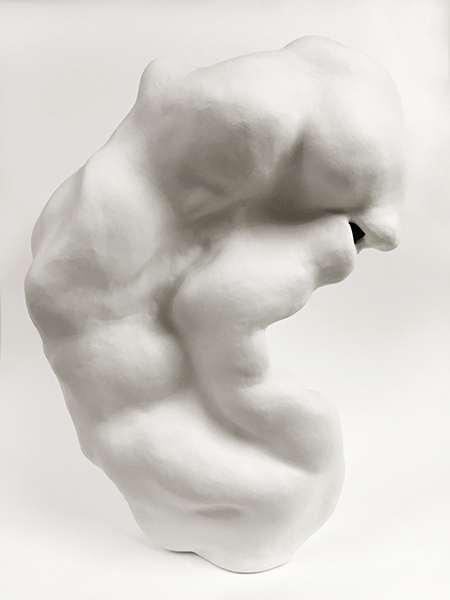 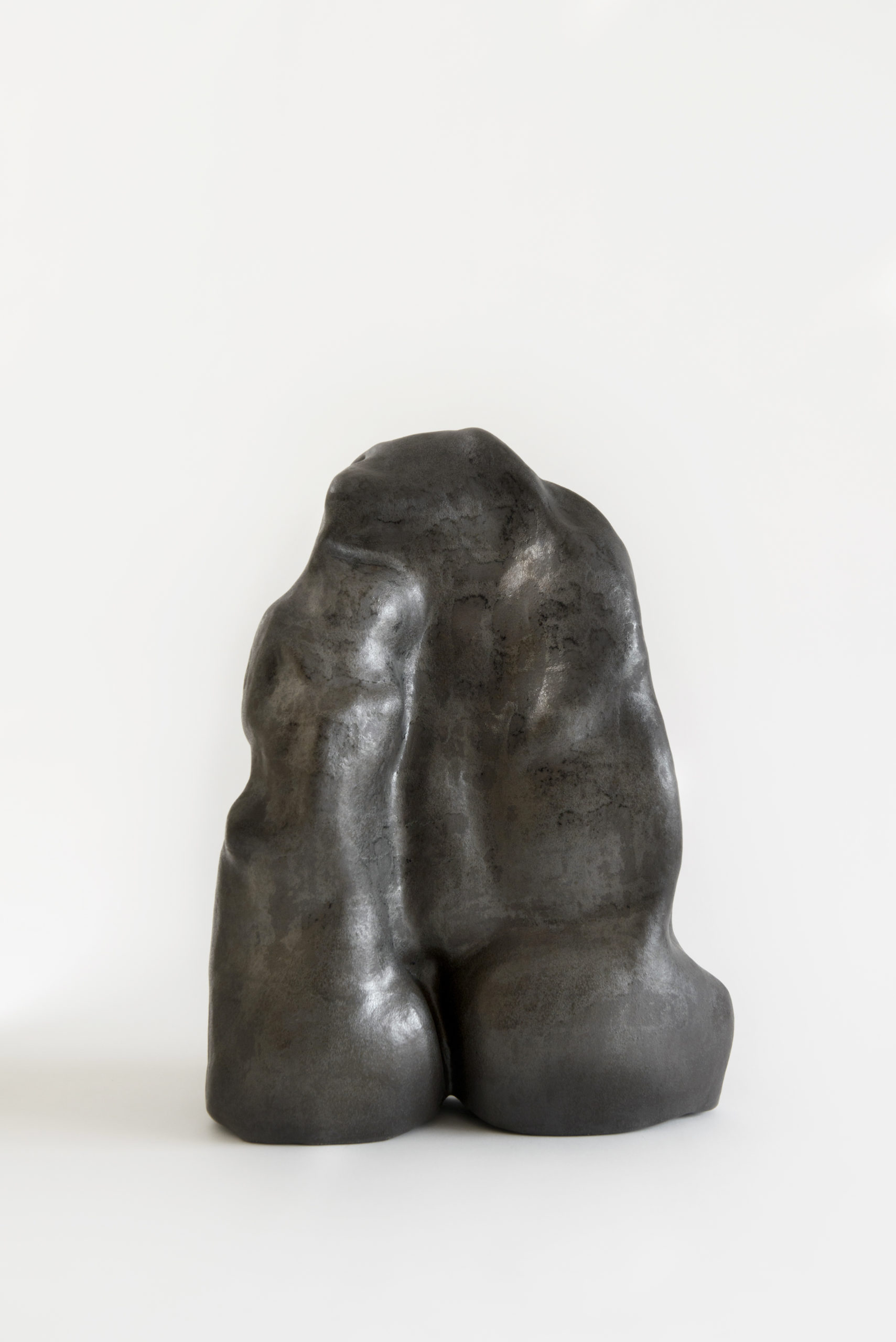 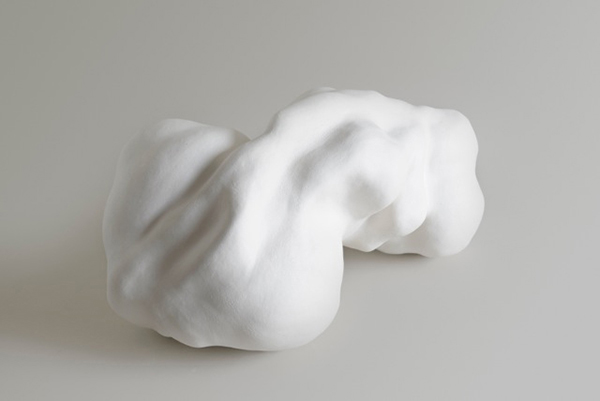 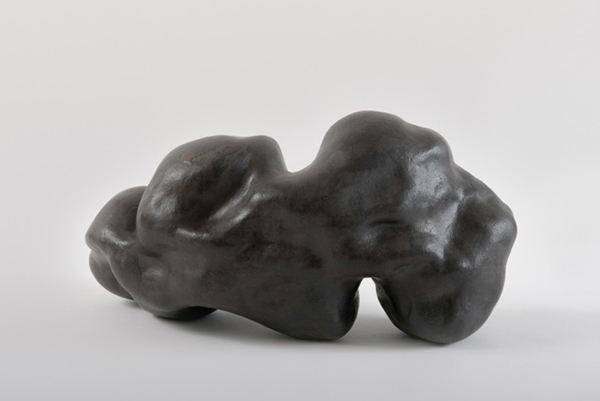 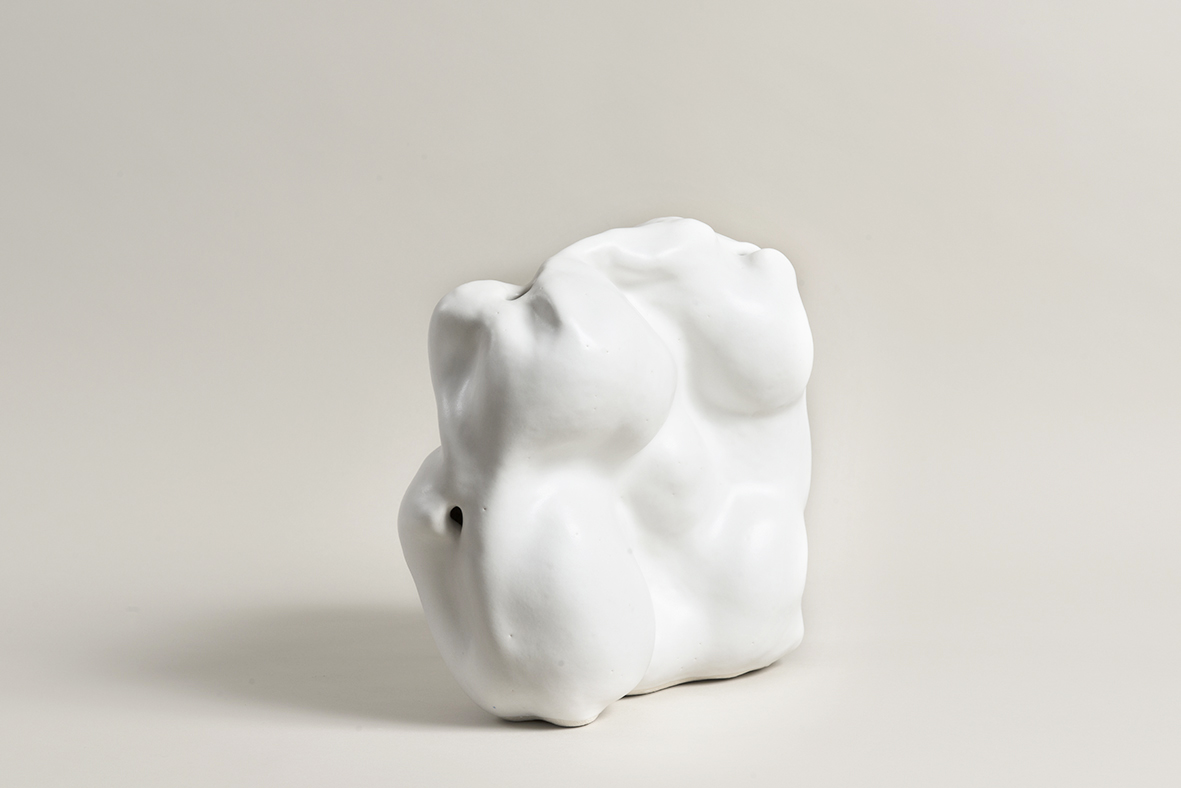 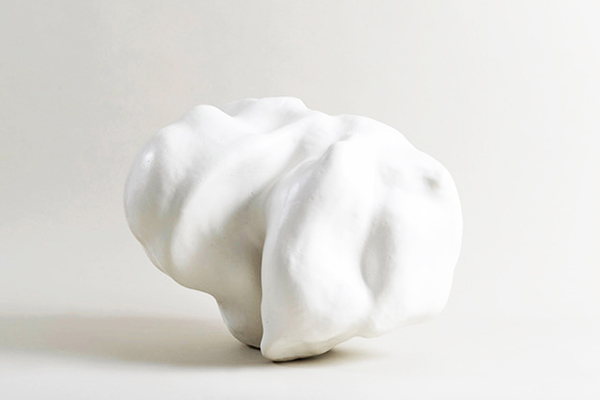 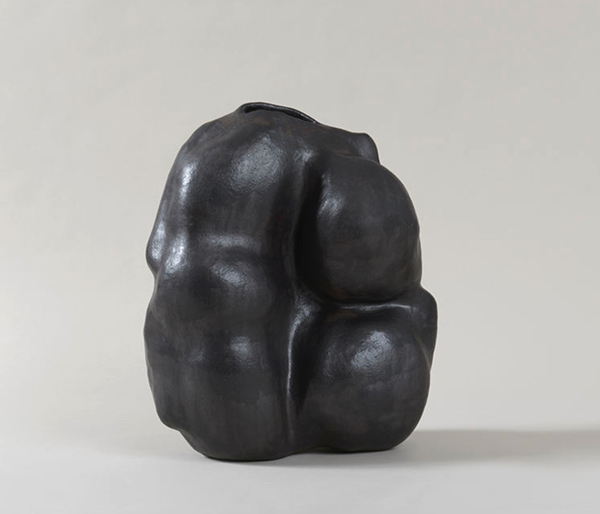