Plastic and textile artist
Lives and works in Paris and Ouagadougou, Burkina Faso

French artist of Italian origin, Yveline Tropéa lives and has worked between France at Burkina Faso for many years. Over the years, her work, which is deeply influenced by her personal experiences and this movement between culture, has been nourished by various influences. Ranging from Italian Madonnas to French anatomical boards, from Mediterranean myths to Burkinabe advertising aesthetics, this melting pot of cultures is the inspiration behind the free-form of drawing to which she now devotes herself.

Between here and there, past and present, this dialectical movement forms a kind of multidirectional syncretism, which Yveline Tropéa has been developing since 2010: a practice of drawing called ‘free drawing’ applied in her preferred beading technique.
Unlike the other works in her collection – which give pride of place to a clear narrative – her free drawings unfold into autonomous compositions of form and content. Similar to a surrealist writer, and sometimes considered ‘art in the raw form’, her free drawings follow a path with no destination, except at the discretion of the artist’s hand and mystical spirit.

In entering these voodoo, magical worlds, she “puts herself in a state of receptivity, openness, and freedom” to gather, welcome, and transmit the images she sees. Yet drawing here takes on a particular dimension: it submits to a whole plastic process, which ultimately reveals a work that is both instinctive and worked, simple and precious, transcending the very practice of drawing.

The recurring practice of embroidery and beading, in which the artist has become an expert over the years, also stems from her way of crossing influences and territories. If at first sight, it evokes a decorative technique, oscillating between an ancestral tradition and the work of the lady, this technique shows above all how she has managed to integrate the cultural, technical, and aesthetic contributions of Africa with a refined and spectacular visual result.
This allowed her, for example, to present her works influenced by the beadwork of former Yoruba artists from Nigeria, at the Schoffel-De Fabry Gallery in 2017. Yveline Tropéa thus produces a work of rich interweaving, both in terms of her art and her culture, of her seemingly chaotic world. 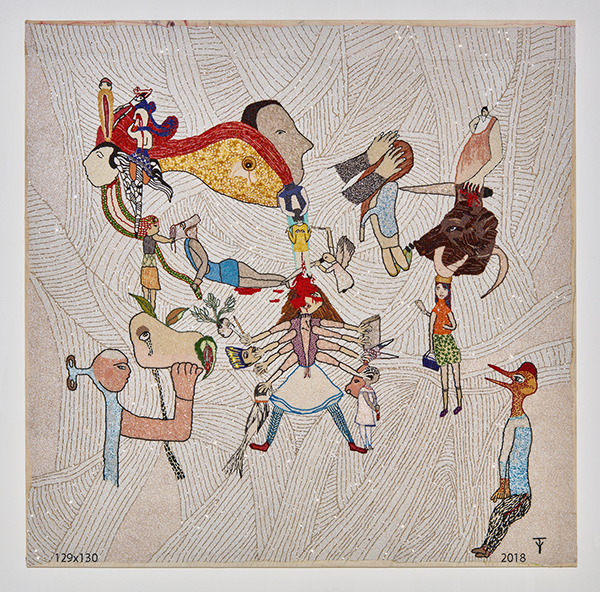 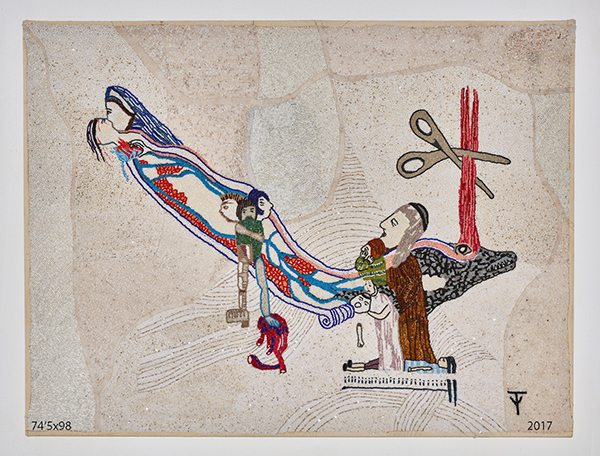 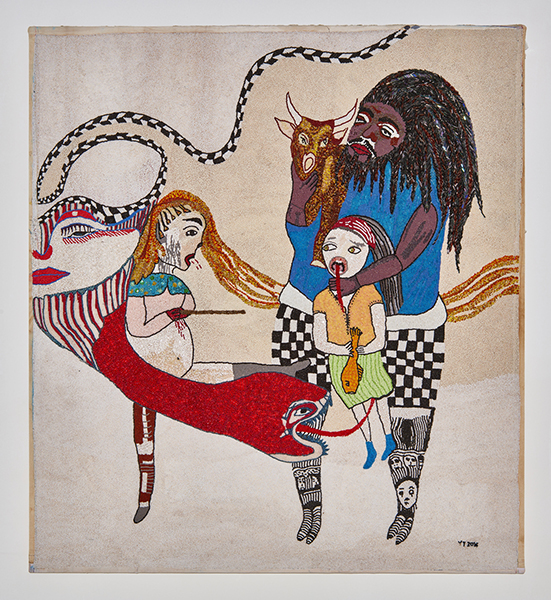 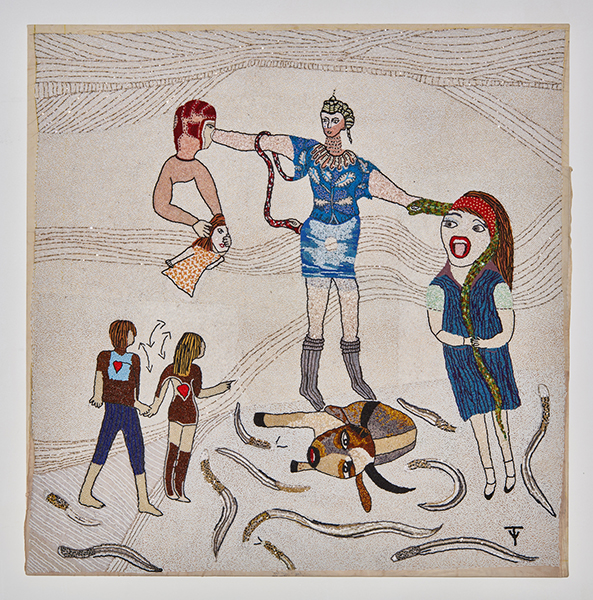